Story
-
The story is pretty vague, which can be good or bad depending on your preference.
Good because it leaves LOTS of room for fan theories.
Bad because there are LOTS of people that want a story spoon-fed to them.
Basically, you play as “The Knight” and arrive in a town called Dirtmouth.…

Intro:Our Story Begins in the present time now once again at Hiei's house in demon world.We find Hiei still outside on the front Porch with his grandchildren through his youngest daughter Hina as said before as they sit there surprised by there Grandfather's tale now and what he meant by meeting someone that will change and influence his life forever more meaning the person he is referring to in his tale. We now Join the Young Children back at Hiei's house still in demon…

Fan Fiction: Hiei's Great Adventure the secret and wonderful and special life of Hiei Jaganshi Chapter 2: Our Great Hero's life and Childhood Beginning as a Bandit

Intro:Our Story continues now as we return to the present time at Hiei's house in demon world. We Find Hiei there with two young children His Grandchildren through his youngest daughter Hina as they sit on the Front Porch and continue to listen to there Grandfather's tale now. Excited by the story the young Children want to hear more now about this great Hero and and what will become of him now and his future. Our Story Begins here now......

Intro: It has been over 30yrs but one hero one Dragon and brave fire apparition cotinues his dream and his family Legacy through Generations to come. We now join a very old retired Black Dragon King and Fire apparition Hiei at his beloved house napping in the tree nearby. While Napping Hiei Dreams about the past and his sisters and family and loyal friends and how things could have turned out of course after some time Hiei wakes up and hears the noise and laughter of Children playing now.…

The story follows the anime / manga (and so on) so far.
Most people know the story of Jotaro, for instance.
I've seen Jotaro's and the first couple JoJo's stories and the game does a pretty good job of sticking to them.
Although they aren't as fleshed out.

This is an interesting story of something that happened while i was camping.

The story starts after i had been camping and i hadden't seen a single soul for weeks not a single person. I was sitting in my camp and all the sudden i heard a car coming down the mountain where i was camping. i decided to go and see who ever was coming down the mountain so i set off to catch up with them. i found them at the first river crossing about to cross. i approached them and… 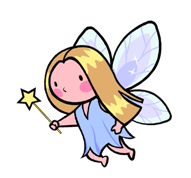 So, here it is, everyone! My first blog post ever! Featuring Jessica Jung! :) God loves me and you!!! He had chosen us but we didn't choose Him. He wants to show His Love to you. He had created you and me for a very special reason and He gave us a special gift inside waiting to be opened and He also have a very special purpose for our lives. (^U^) <3 Whatever situation we are going through, He is there to help us and protect us. He will never leave us hanging in the battle field. God want us to be strong…

Have No Idea But Posting A Recipe--- Pasta Soup ---

Directions:
Start off by peeling the small garlic clove and cut into tiny pieces and set that aside. Then get the onion and cut 1/4…

STORY
This story is actually pretty unique for a race game :D
Jak and Daxter are called to Kras City (I think it was kras city) for the reading of Krew's will. As a hologram, he made before his death, Krew says he wants them all to drink a little something-something he's been keeping just for the occasion.
And afterwards they find out (also from Krew) that it was poisoned! And the only way to get the antidote is to win the next race…

The water is wide, I cannot get oer
Neither have I wings to fly
Give me a boat that can carry two
And both shall row, my love and I
A ship there is and she sails the sea
She's loaded deep, as deep can be
But not so deep as the love I'm in
I know not if I sink or swim
I leaned my back against an oak
Thinking it was a trusty tree
But first it bent and then it broke
So did my love prove false to me
I reached my finger into some soft…

When the Raven Flies.

Something I just randomly wrote. I don't like it all that much honestly but, I thought I should post SOMETHING and I haven't written much due to playing Keepsake and college stuff so. Here you go.

Her hands were soft and her heart was inviting. I fell into her embrace when she said "everything would be okay." Then I took a taste. Her lips were something like a cloud with sustenance. With closed eyes I embraced the darkness. Not seeing, only feeling. Feeling the way she brushed my…

You imagined me to be perfect. To say good morning when no one else did. To kiss your cheek and hug you closer than any arm would allow. You gave me thorns, so we could relate, you made me a rose, and we were one in the same. You cracked my heart, and made it break, so when yours fell apart I had pieces for you to take. You tattered my soul, and we both screamed, like agonizing music, we cried in harmony. I tasted your blood, you gave me worth. I loved your heart, and you loved my soul. You…

For those who go to work, or have school, you may be able to relate to this. Enjoy.

Continuously hitting the snooze button.
Five more minutes, I'm not ready.
Waking up is not so easy.
And reality is hard to face.
Behind my eyes is security
Under these blankets I'm safe.
It's so cold out there in the world
Anemic, I seldom have warmth.
Don't look at my eyes and think me jaded
I'm drowsy, clinging to a world that was mine.
Wishing this…